If you’re new to online dating, you may have noticed that some Ukrainian women seem to prefer mature men rather than younger guys.

It can be a little surprising for you to learn that this is in fact true. Some Ukrainian women do prefer to look for relationships with older, more mature, men rather than their younger, often better-looking counterparts. 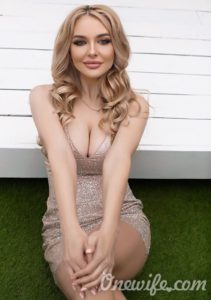 For me, a man`s beauty is not in his appearance, but in his deeds.

This does also mean that for those older, more mature guys, relationships with beautiful, exciting, energetic and ambitious younger women are more realistic than ever before. With the beauty that Ukrainian women have, it means that online dating has never been so attractive to men from all over the world.

But, why do Ukrainian women prefer their men to be mature and perhaps that little bit older? Here are just a few reasons:

They know what they want

Ukrainian women see mature men as people who are much more likely to know what they want from a relationship and from life. Younger guys are often finding their way in relationships and in online dating, whereas an older guy will know what he is looking for and the characteristics of women he likes.

As a result of the above, mature men are much less likely to waste time of Ukrainian women. They’re highly unlikely to be ‘playing the field’ looking for multiple women and instead much likelier to be ready to commit to a relationship once a perfect match is found.

Mature men are likely to be more settled in life 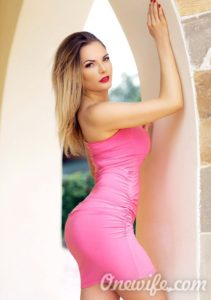 I am looking for a man who will be older and mature.

By choosing a man who is a little further on in life, Ukrainian women know that they’re likely to get a guy who is comfortable with himself, his lifestyle and his career. He’s likely to be very sure of who he is and where he is heading in life. This is not always the case with less mature men.

More respectful to a girl’s ambitions

A mature man will be open to the ambitions and aspirations of Ukrainian women. He is likely to support them in their career if that’s what they want to do and be able to offer knowledge and advice.

Generally speaking, a mature man will be much more relaxed across everything. Often, young guys will quickly get jealous, for example, when their women meet friends or spend time with other guys. A mature guy is probably going to be much more relaxed in that respect and allow her to enjoy the life she wants to lead.